The day I visited Bolan’s house 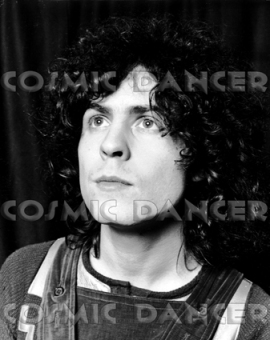 I said in my previous posting that I wasn’t as affected by Bolan’s death as other fans had been, but people react in different ways to loss and I think I simply didn’t believe, or want to believe, that we wouldn’t be hearing any new music from him, and that my dream of meeting him and one day even maybe having an album produced by him, could never be.

I was also, I must confess, possessed by a feeling which The Who described in the song ‘5:15’ as being “sadly ecstatic that their heroes are news”, as Bolan was once again on the front pages of all the newspapers, on the radio and TV and so I thought that everyone would now realise how important he had been. There was also the hope that we would now finally hear all those unreleased tracks we suspected were gathering dust in the vaults of Essex Music and EMI as every fan knew that Marc hadn’t released some of his best recordings. But then I am still writing about this subject 35 years later so perhaps that speaks for itself.

I remember asking my father as we watched the funeral on television what happens to someone when they die, so I was obviously in some form of shock and preoccupied by death, but the fact that Marc had been cremated meant, to my mind, that there wasn’t a body in the ground to visit and to which one could pay one’s respects. If there is such a thing as the soul, and my own childhood out-of-body experiences had convinced me that this is so, then Marc was now somewhere else and there was no proof that he was dead. Of course it made no sense, but then it is not unknown for those experiencing loss of any kind to go into denial and the fact that Marc Bolan was not a personal friend or family member didn’t lessen the sense of loss, as any fan will know. When you are a hypersensitive teenager the sudden death of your hero can be as traumatic as a family bereavement. This is not the same as a hysterical 12 year old girl being upset because her favourite boy band have just broken up. Bolan created a unique style of music, a cache of songs and a sound that enriched the soul of those who could appreciate it, and his sudden exit from this world left it a less vibrant and colourful place.

I was invited to the funeral but I couldn’t face it and I turned down all invitations from my friends to visit ‘the tree’, the site of the fatal accident. That was morbid, as far as I was concerned, though I have since come to realise that some people need to go there to face the fact that it happened and to find what counsellors call ‘closure’. Instead I cheerfully accepted an invitation to visit Marc’s parents at their flat in Putney (myself and a couple of friends were running a Bolan fan club at the time) where we tried to curb our enthusiasm as Mr and Mrs Feld were still in mourning. We were shown the Freemans catalogues that Marc had modelled for and after some while I mentioned that I was about to record my first single and was allowed to play Marc’s sunburst acoustic guitar, the one on which he played ‘Children of the Revolution’ in ‘Born To Boogie’.

It wasn’t until 1997 that I finally plucked up the courage to go to the accident site as part of the ‘research’ I was asked to do for ‘Uncut’ magazine for an extensive Bolan feature to commemorate the 20thanniversary of his death and what would have been his 50th birthday. (Incidentally, the elegiac tone of my original 17,000 word piece was drastically altered by the magazine who inserted tabloid style cocaine confessions to spice up the article which horrified me and must have led Bolan fans to think I was another ‘Sun’ type hack rather than a fellow fan, but I consoled myself by telling myself that those who knew me, knew better. The magazine also cut out two lengthy and fascinating interviews I had conducted with fans Martin Barden and Ros Davis which made me feel even worse. I am only sorry that I couldn’t find the original transcript so that I could have included these in ‘Cosmic Dancer’, but fortunately my old friend Danielz of T.Rextasy explains what happened to Marc’s ‘lost’ master tapes in the  years after his death and so covers some of that same ground in the new book.)

Anyway, in the summer of ’97 I took the tube to Putney and walked over the bridge towards Barnes common to visit the site with a thought that I might even try my luck at getting an invitation to look around hishouse in Upper Richmond Road which I was very curious to see.

As I crossed Putney Bridge I realised that this was the same bridge I had walked over each day in the summer of ’82 to go to the office of B&E Management, my then managers, June Bolan and David Enthoven without realising that it was on the route to the crash site and Marc’s house. (Don’t ask how I hadn’t connected the two, I just hadn’t). As I crossed the bridge one morning the chorus to ‘Gabrielle’ had popped into my head (for which I now say ‘thanks Marc, if you had anything to do with that!’) but I now realised that June must have steeled herself every morning that she came to work knowing that just down the road was the accident site and the house Marc had shared with Gloria and Rolan. That took some courage. But then June was a very special person.

I walked for miles in the blistering heat that day and I must say it was unnerving to finally be on the spot where it had happened. There was no memorial plaque at that time, if I remember correctly, just a few pictures and poems tacked to the tree. But it was very upsetting to even be there. 20 years, 20 minutes, what’s the difference? I learned nothing, but at least I had faced something that I couldn’t back in 1977.

Upper Richmond Road was still a considerable walk away but like a penitent on a pilgrimage (for that’s what this was surely) I trudged on and on. Finally I arrived at the house and I couldn’t believe what I was seeing. I don’t remember what I had hoped to find, a mansion maybe? Or at least a Mayfair style townhouse? But no. It was a large plain detached house behind high walls in a street of very ordinary terraced houses with one side backing onto the main road with a garden shop on the opposite side of the street. I could imagine a well known actor living here but not Marc Bolan, THE pop star of the Seventies with 39 million records to his name (something I now doubt as research suggests that the house must have cost around 55,000 pounds in ’77, a fair sum but no mansion). The noise of the traffic and the site of the inexpensive cars and tacky shops was surreal, but then I remembered that Marc had chosen the location because it was near his parents and a short drive to his favourite hang-outs.

I rang the intercom and managed to persuade the new owner that I was a legit journalist and just wanted a peek around the former home of my hero. The owner might have been out or protective of their privacy, but as luck would have it she let me in and even showed me around! The entrance was small and led round the side to the garden which was flat and featureless, all lawn, the very same lawn on which Marc had been photographed perched on a TV to promote the ‘Marc Shows’ and the garden seen in the home movie footage of Marc eating a peach and playing with Rolan. There was a large shed at the very back if memory serves me correctly which the new owner informed me Marc had planned to convert into an office as he “was going to sort out his business affairs just before he died” (a very revealing remark I thought). She also pointed out a spot close to the side of the house where he was “planning to erect a shrine to Aslan”. Inside, the main feature was the huge staircase leading from the hall to the upstairs rooms but everything had been redecorated, the lady informed me, so there was nothing of Marc and Gloria that remained.

That was it. Not much perhaps, but then does every religious pilgrim get a vision of the Virgin Mary at Lourdes? Or do they just feel better for having been there, as I did? A ten minute tour of an empty housethat didn’t even look the way it did when the man himself lived there? Only Bolan fans will understand that this was enough for me. I was more than happy.