← Paul interviews… Ian Anderson of Jethro Tull
Blast from the past: Masque interview – 1990 →

Children of the ebook revolution 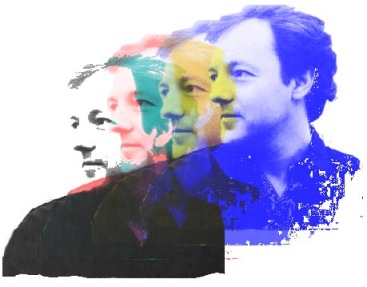 Extra! Extra! Read All About It!

Yes friends, Lithon Music and the PRAS have embraced the digital age and new technology with enthusiasm by making the first of Paul’s written work available as ebooks. You don’t need to own a Kindle digital reading device to download these as they should be available ‘in less than a minute’ (so Amazon assure us) for anyone with a laptop, PC or mobile device.

The first two titles to be published are Paul’s fantasy novella ‘The Magician Of Grimm’ which may interest those of you who missed out on the limited edition printed version which came with the first 500 copies of the ‘Duel’ re-issue a couple of years ago and are now a rarity. The second title to be uploaded for your enjoyment is ‘The Curious Case Of Richard Fielding And Other Stories’ which was originally printed in a small press edition back in 1987 and then again as part of ‘The Haunted Pages’ (a collection of ‘Twilight Zone’-styled short stories, biography and lyrics) a few years later. But since then it has been out of print and almost impossible to find, even on eBay.

So if you are in need of a good read, pop over to Amazon where you can get a FREE sample before buying, and if you do decide to join the ebook revolution you’ll find these two titles for just a couple of euros (and very tastefully designed too we must say). http://www.amazon.co.uk/The-Magician-of-Grimm-ebook/dp/B007SA1SPQ/ref=pd_rhf_gw_p_t_1

If you enjoy them, please leave a brief review so that other browsers might be tempted to step inside.

In other news, as they say, we have just uploaded more of Paul’s tour diaries on the German website (in English) www.paulroland.de  plus a newly discovered ‘Masque’ interview in which Paul invited a journalist friend behind the walls of Roland Towers (and allowed him to leave alive!)

Finally, we are assured that the next re-issue, ‘Roaring Boys’/‘Sarabande’ is at the pressing plant and should be released next month. This promises to be the most eagerly anticipated re-issue of the series as it includes FIVE NEW SONGS, several subtly retouched tracks and new artwork. So watch this space!

PS: We know that some of you are also fans of Marc Bolan so you should find much of interest at http://www.facebook.com/CosmicDancer2012 , a Facebook page dedicated to Paul’s new biography and a source of rare photos, poems and Paul’s memories of being a Bolan fan himself (see also https://paulroland.wordpress.com/ for ‘Paul Interviews…’ which so far finds our intrepid scribe face to face with Hammer Horror star Peter Cushing, Ian Anderson of Jethro Tull, Mark E.Smith of The Fall and blues legend John Lee Hooker!)

That should be enough to keep you out of trouble this Summer!

Until next time…happy reading,

← Paul interviews… Ian Anderson of Jethro Tull
Blast from the past: Masque interview – 1990 →