← A Most Singular Specimen
The Haunting of Charles Dickens →

The Man Who ‘Saw’ The Ripper

It is not an exaggeration to say that today psychics are consulted on an almost routine basis when the authorities have exhausted all conventional avenues of investigation. But in Victorian England ‘spiritualists’, as they were then known, were regarded at best as being either a novelty Music Hall act or at worst, fraudsters preying on the weak-minded and bereaved. The fact that clairvoyant Robert James Lees had been consulted on several occasions by Queen Victoria did not, however, make him a credible witness as far as Scotland Yard were concerned. When Lees offered his services as a psychic sleuth it is said that they laughed him out of the building. However, if the account published by ex-Scotland Yard officer Edwin T. Woodhall (author of ‘Secrets of Scotland Yard’) is to be believed, they were soon to regret their rash decision.

“Speculation has always been rife as to Jack The Ripper’s identity,” Woodhall began, “He was never brought to justice, but it is a mistake to think that the police did not know who he was.

“It was proved beyond doubt that he was a physician of the highest standing who lived in a fine house in the West End of London. To most people he was the most refined and gentle of men, both courteous and kind. But he was also an ardent vivisectionist and a cruel sadist who took fierce delight in inflicting pain on helpless creatures.”

According to Woodhall, the identity of this real-life Jekyll and Hyde was revealed by Lees after he had finally convinced the police of the value of his visions. 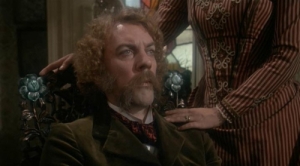 The first of these had occurred the day after the August Bank Holiday and involved the murder of Martha Tabram. During a trance Lees had ‘seen’ a man and a woman walking down a ‘mean street’ into a courtyard and noted the name George Yard Buildings and the time, 12:30, on a nearby clock. The man was dressed in a light tweed suit and carried a dark raincoat. He had a black felt hat pulled down over his eyes and judging by his steady walk he was sober unlike his companion who staggered under the influence of drink. In the next instant he pressed his hand over the woman’s mouth, drew a knife and soundlessly slit her throat. When he had finished inflicting the mutilations he dragged her into a doorway and made his escape, wrapping himself in the raincoat to hide the bloodstains.

Lees was so unsettled by what he had ‘seen’ and so discouraged by the scepticism with which he had been rebuffed at Scotland Yard that he went abroad to recover, returning shortly after the third murder.

He had hoped that the vision was an isolated occurrence, but one day, while travelling on a London omnibus with his wife, Lees was overwhelmed by the same oppressive sensation that had attended his earlier experience. The feeling intensified when a man boarded the bus at Notting Hill wearing the same tweed coat, black felt hat and dark raincoat Lees had seen in the vision. With no word of explanation to his wife Lees left the bus at Marble Arch to pursue the man he knew to be the Ripper. Lees followed him through Hyde Park, but lost the trail when the suspect caught a hansom cab. Frantic that the murderer might escape he summoned a policeman and urged him to follow, but the constable refused, offering only to make a note of the incident. 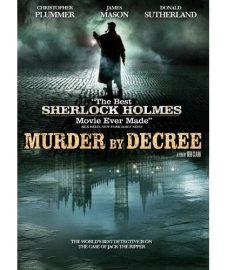 That night Lees was plagued by another terrifying vision and in the morning he went straight to Scotland Yard and urged the detectives in charge of the case to allow him access to the site of the latest murder. According to Woodhall’s version of events they reluctantly agreed and a short time later at Miller’s Court, Dorset Street, Lees re-lived the murder of Mary Kelly.

Once he had recovered sufficiently he began walking westward like a psychic bloodhound on the trail with the detectives in his wake. Finally, he stopped in front of a large town house in the most prosperous part of the West End. Here, Lees insisted, was the home of the Whitechapel murderer. The detectives tried to persuade him that he must be mistaken as it was the home of an eminent physician. But Lees was adamant and—to the astonishment of the detectives—he described the inside of the house in considerable detail, although he had never been there.

Obliged to pursue the matter, if only to appease Lees and put the matter to rest, the detectives knocked on the door and asked if the master was at home. To their amazement the interior was exactly as Lees had described it. In making discreet enquiries they learned from the lady of the house that she had always suspected her husband led a double life and that he enjoyed inflicting pain. The doctor was subsequently declared insane and committed to an asylum, but to ensure that his name and reputation were not blackened it was agreed that he should be officially be declared dead from heart failure and a mock funeral held so as not to arouse suspicion.

In gratitude for tracking down the Ripper, Lees was reputedly awarded a life pension and sworn to secrecy, a promise he kept until his death in 1931.

← A Most Singular Specimen
The Haunting of Charles Dickens →